Northstar California hosted the 7th of 8 Enduro World Series (EWS) races over the August 23-25, 2019 weekend. The event offered three levels of competition: EWS (qualified international competitors), EWS100 (open class racing the full EWS course), and EWS80 (open class racing 80% of the EWS course). MTB Experience race team members participated in one of each of these competitions. Congrats to all who competed, especially those representing the ladies!! 🤘🏼 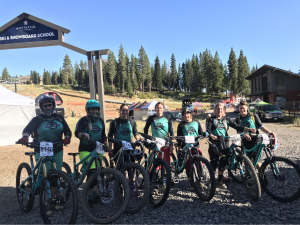 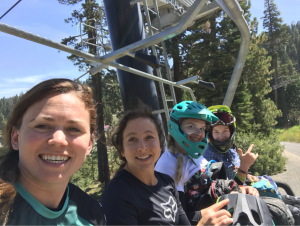 Riding the lift up to practice.

This was the shortest stage. It started out with a new section of raw chunky goodness that lead into some hang-on-to-your-hats wild loosy goosy. Back to some chunky mixed with flow down to mid-mountain. 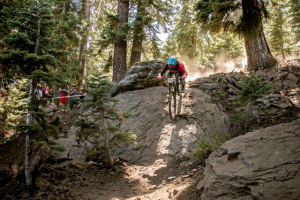 Racers started stage 2 on loose flow before things got steep and techy. EWS80 racers ditched lower Karpiel for Lower Sticks, while EWS/EWS100 racers continued on to the spicy-ness that lower Karpiel has to offer. 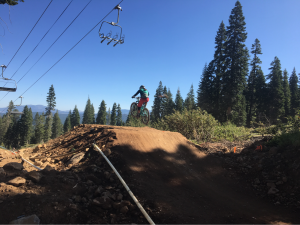 Stage 3: (Queen Stage). The winner of this stage gets bonus EWS points.

This was the longest run of the course – from top to bottom of the mountain. If your legs didn’t burn during this run, you either didn’t try hard enough or you’re superhuman. While the burn was painful, the course was a ton of fun, featuring all types of terrain Northstar has to offer: fire road, steep, loose, pedaling, steep and loose, drops, chunky, chunky chunk, flow, jumps. Man I’m exhausted thinking about that run – but seriously, so much fun too. 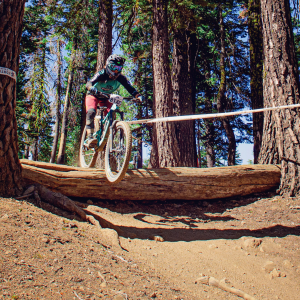 Emilie Schneider dropping it like it’s hot on Upper Sticks

Boondocks is a local favorite with plenty of line choice down the mountain. Racer can get creative and dial in a favorite route. There are lots of features mixed in with loose sand and hard rock to keep you on your toes. It was a great way to end the day and use up what was left in the tank. 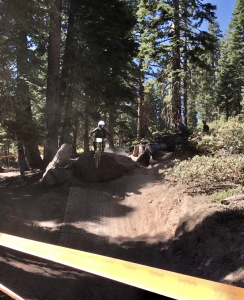 After snaking their way back up the mountain in the longest transfer climb of the weekend (insert stats), it was time for racers to check off one last notable waterfall rock garden before claiming that free racer beer. Coming off the fire road intersection with a little heat, racers either pinned or pin-balled their way through the keg-sized rocks filling the track to loose and chunky (words of the day) turns to find themselves in the buffed burns signaling the end of the stage.

TNT was a hair raiser for many – racers and spectators alike. Starting with a steep rock garden to drop in, this was the fan favorite to watch racers challenge themselves on a brand new trail built specially for the race. This trail kept the challenge going with a road gap and more loose and chunky terrain racers learned to expect on this mountain. 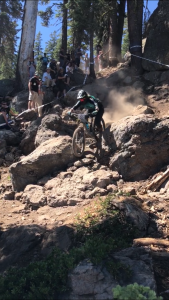 Sara Schneider slaying the Tell No Tales drop in chute

Congrats to MTB Experience racers who placed top 3 in their categories: 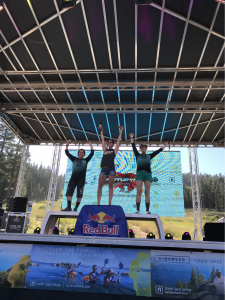 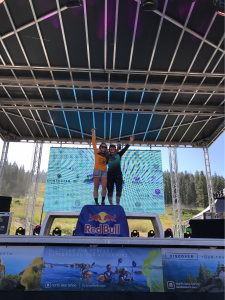 EWS Northstar was full of so much excitement – challenges, crashes, mechanicals, and fun! It was so cool to see such elite riding on our home terrain. Thanks to the race organizers for putting together such an outstanding event! And thanks to our sponsors for keeping the wheels spinning: 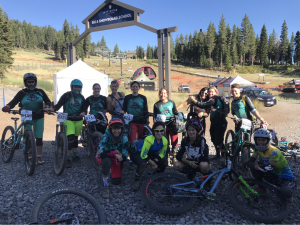 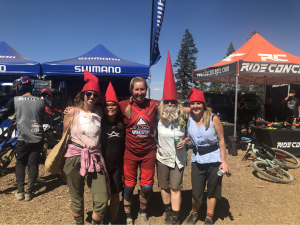 Loam gnomes came out to cheer on the racers, including local Amy Morrison who took home a stage win on EWS Stage 6 (Boondocks) 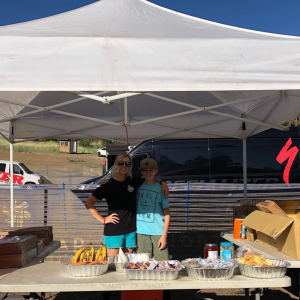 Jeni Wages and son, Riley providing racer support at the feed zone, while Jeni recovers from a broken ankle. 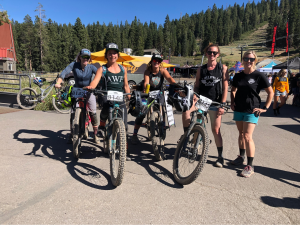