I met Suzy about two years ago. Her and I connected on social media after Justin rode with her in Auburn. We had the opportunity to meet up and ride Downieville. We hit it off immediately. She was way out of my league at the time. I hadn’t been riding very long but she waited for me with kindness and encouragement when I needed it. I remember when she said, “I am so happy to meet other women to ride with.” She like myself and the other female with us, Lauren, were often the lone girl on a ride with a group of guys. Each of us loved our group of homies but to have 3 females in full faces riding technical terrain was a rare treat. 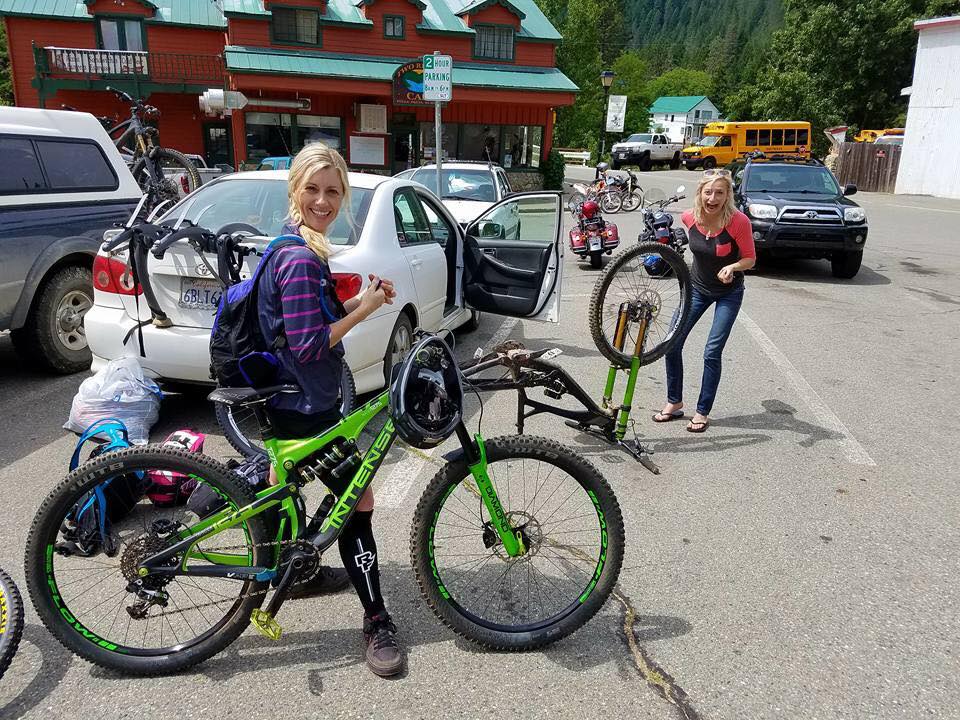 She was racing downhill at the time and had moved up in categories after many successful podiums. I was an ambassador at the time for Intense Cycles. I was so impressed with how she carried herself. She was humble, kind and rode downhill like she was being shot out of a cannon. I called up my friend at Intense Cycles to see if they would sponsor her in some way. Intense ended up bringing her on as an ambassador as well. 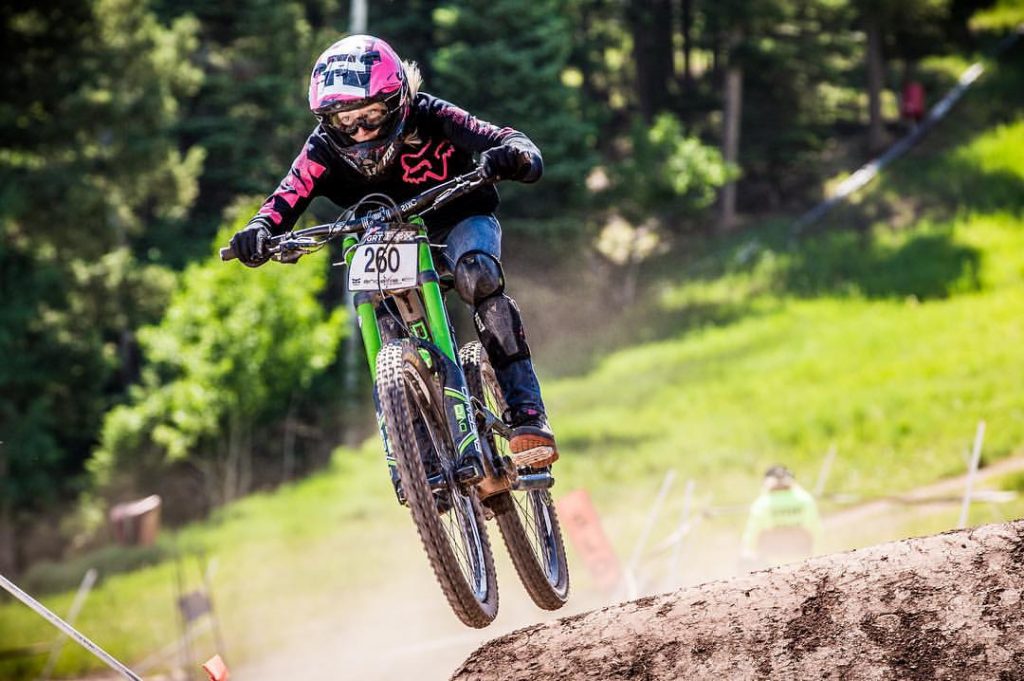 It was the summer before last and Suzy was on a riding high with many races planned. She was headed to Mammoth Lakes but made a stop by Northstar. Only a few runs in and all of our worst fear happened. 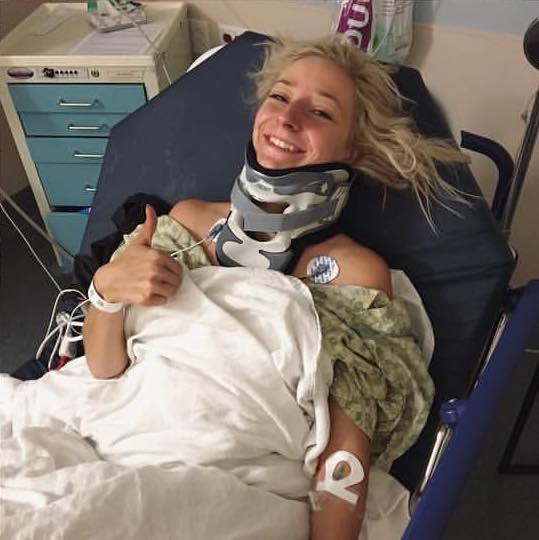 Suzy was approaching a large drop on a double black diamond. Unbeknownst to her a rider had crashed and was in the landing. When she saw her friends waving at her to stop she applied the brakes- at the edge of the drop. She went over the bars and landed on her neck. She broke two vertebrae.

Suzy spent some time in a neck brace healing. While she healed physically, emotionally she was having a hard time. Once she got back on a bike she found herself not as confident as she was before. 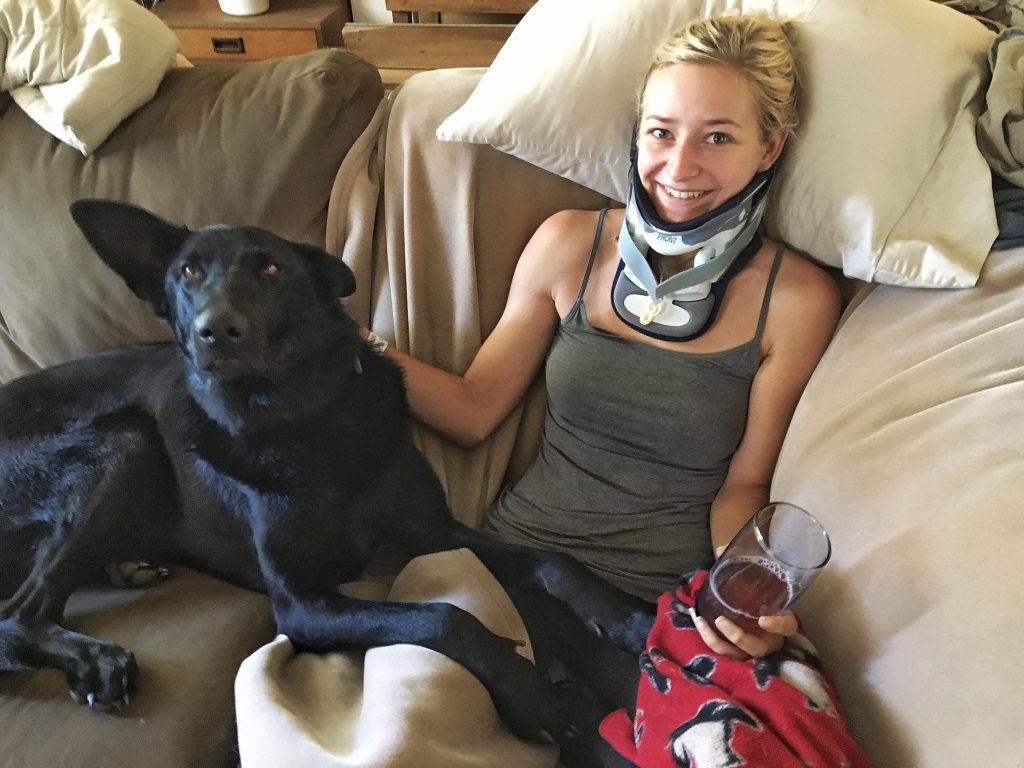 A year later I had a hard day riding at Northstar were everything scared me. I posted about it and Suzy sent me this via text:

“Your article totally made me get all teary. I feel it. I feel the fear based riding and the days when you’re feeling scared of everything. Being in Colorado the other week and riding the trails that I had no problem on last year but this year wussed out of literally EVERY feature. I came home and have even recently pondered if I should just give up…and then I got to the end of the article with the picture of Big Daddy (the drop) and I just started crying. I’m so angry about that day. I’m so frustrated that I’m not at the level I was when I stopped riding. It’s nice to know others feel defeated some days too and it’s even nicer knowing they didn’t give up. Makes me pick up my head and reminds me to keep trying. Love you girl. You are inspiring.”

After this text we were able to ride together again. I made her do some Enduro training with me. She makes me giggle because climbing is the ONLY time I see her. As soon as we get to the downhill she is gone. A few weeks ago I watched her hit a small drop with the biggest grin on her face. She made herself go back up and do it. I thought she is back!

As luck would have it she unexpectedly had emergency surgery on a non-crash related issue and is off the bike for 6 weeks. She was devastated and I know is hurting inside and out.

But Suzy when you are clear to ride again, we will be here. We will be ready to ride with you because we have a spot on our racing team that is waiting for you.

You don’t have to worry about being less confident than you were before. We are behind you and ready to give you the skills to make you confident. We are your MTB family and will do whatever it takes for you to find your place back on a bike. Where you belong, inspiring others to overcome their fears and challenges.

Today is Suzy’s birthday. From all of us at MTB Experience- HAPPY BIRTHDAY and we can’t wait to ride with you when you heal up!!