The Women of TDS

It’s hard to believe I live about 10 minutes from one of the best Enduros around. The TDS Enduro is an invitational only event due to two days of 12 grueling stages with some serious gnarly terrain. This event is a rowdy weekend of beer can tail whip smashing, underwear wall riding, heckling, and pro rider spectating good time. All to benefit the Semper Fi Fund.

I have attended this event for the last two years and it’s always a blast. For myself who never raced pro or spectated at any type of pro event, I was in awe of being that close to such tremendous bike handling skills with that kind of speed. It was thrilling and when the women would whiz by it would make me giddy. Last year I volunteered with two women who can rock a mustache with a sombrero. Editors note: I had a mustache on and fortunately remembered I am allergic to adhesive so avoided a rash mustache by removing it oh so quickly. 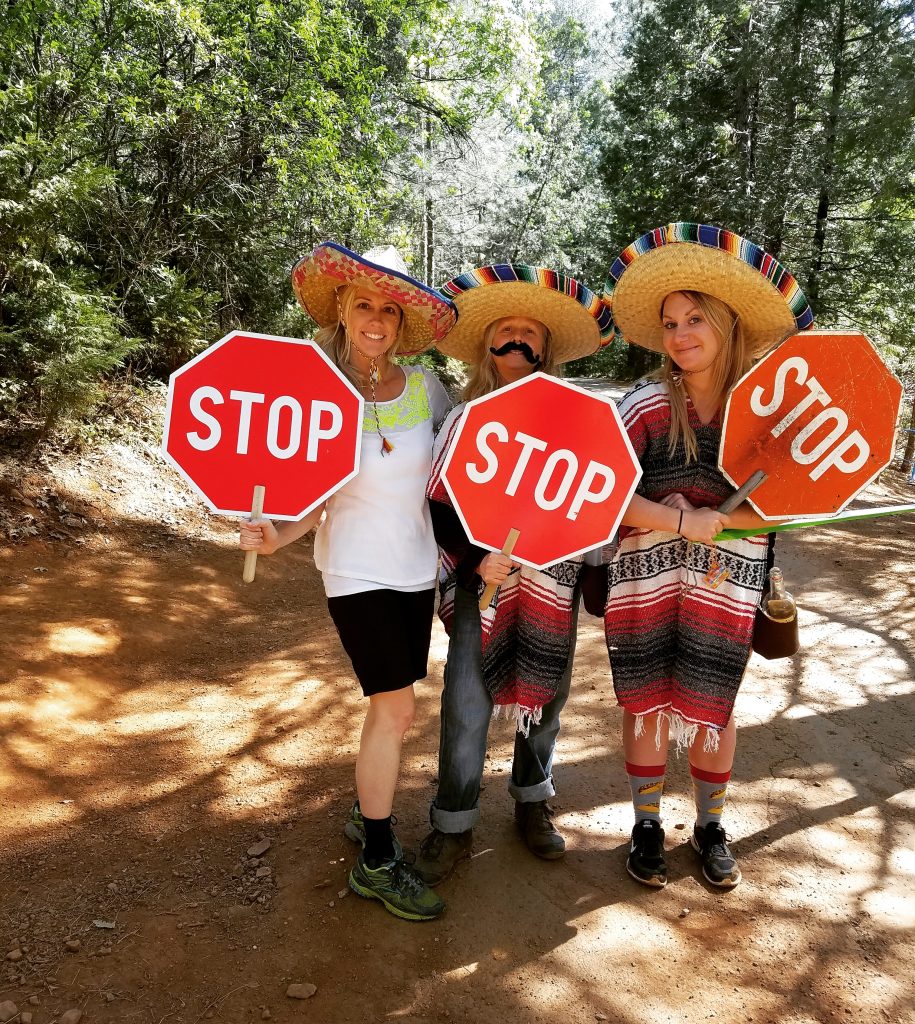 These year’s MTB Experience MTBers volunteered dressed as gnomes. Upon hearing some of them got a little tipsy, I immediately responded with, “Oh they got TDS’ed.” It’s par for the course. Pun intended.

I wanted to give a shout out to the ladies who competed in this Enduro. There were 21 women registered versus 86 men. Here is a list of the 21 badass women at the starting line:

These women come from all over, including Chelsea Kimball and Hannah Bergemann who won their entries from the entry video contest. These ladies were chosen by the King himself Mark Weir. Stoked two women were chosen from I am sure hundreds of videos! 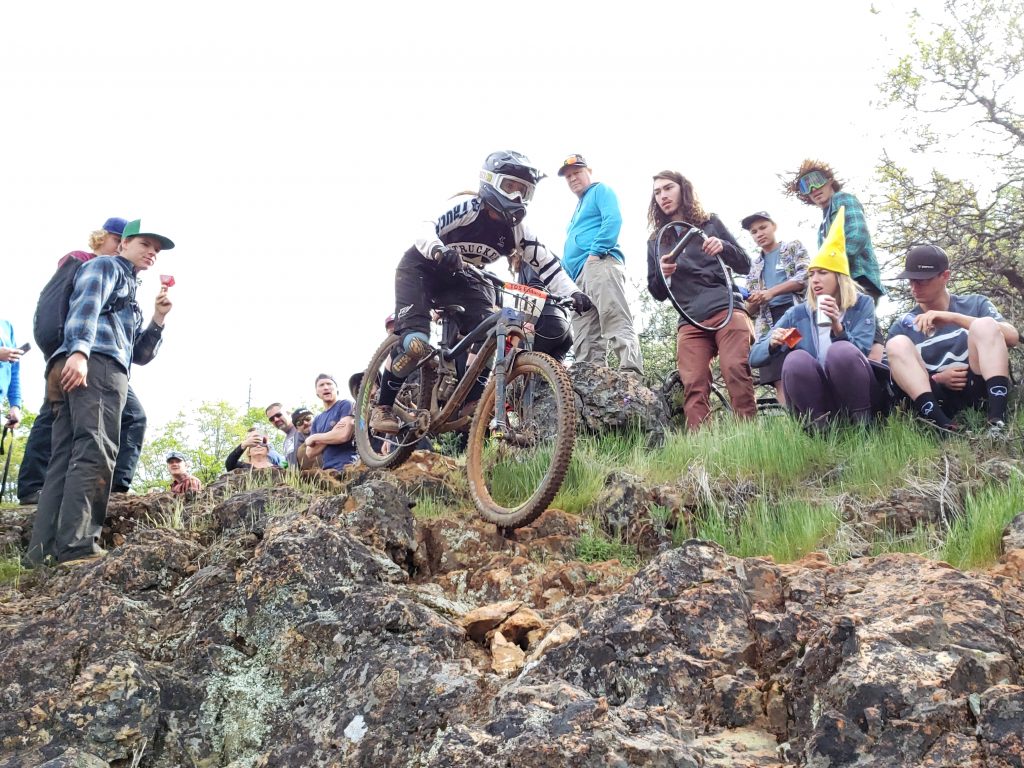 It was a tough two days with day 1 taking out Joanna Petterson, last year’s winner. What’s amazing to see is all the ladies send it just as well as the men do. In addition all the women appear to have great camaraderie. There was lots of smiles and encouragement between them. By the end of day 1 after 6 stages, Martha Gill was sitting in the #1 spot, with Amy Morrison sitting 2nd despite reporting a crash in practice, Essence Florie in 3rd and Janea Perry in 4th place. 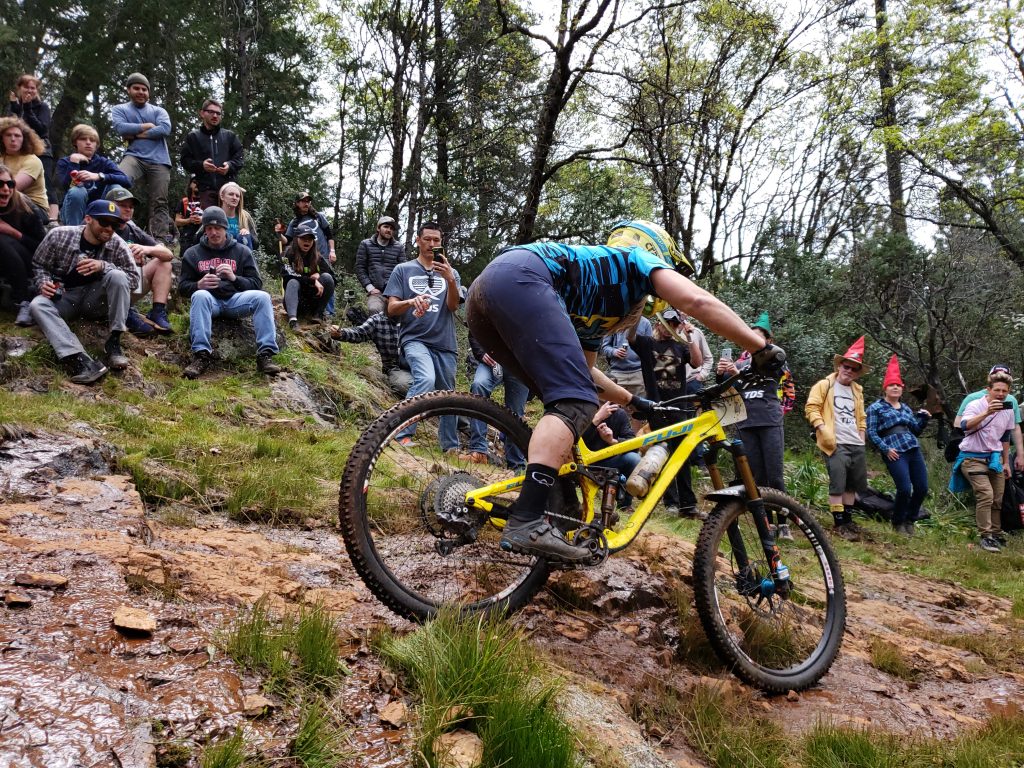 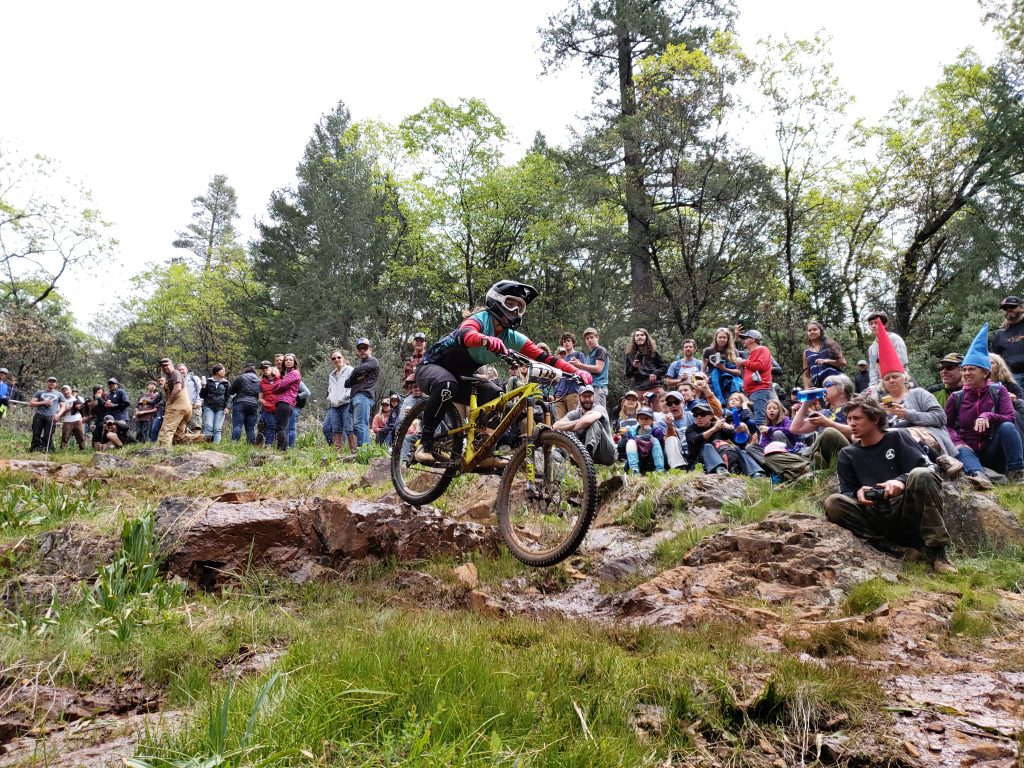 There was a special announcement on day 2 that I wish would happen at the CES Enduros that due to weather and schedule all racers would be shuttled for the day. 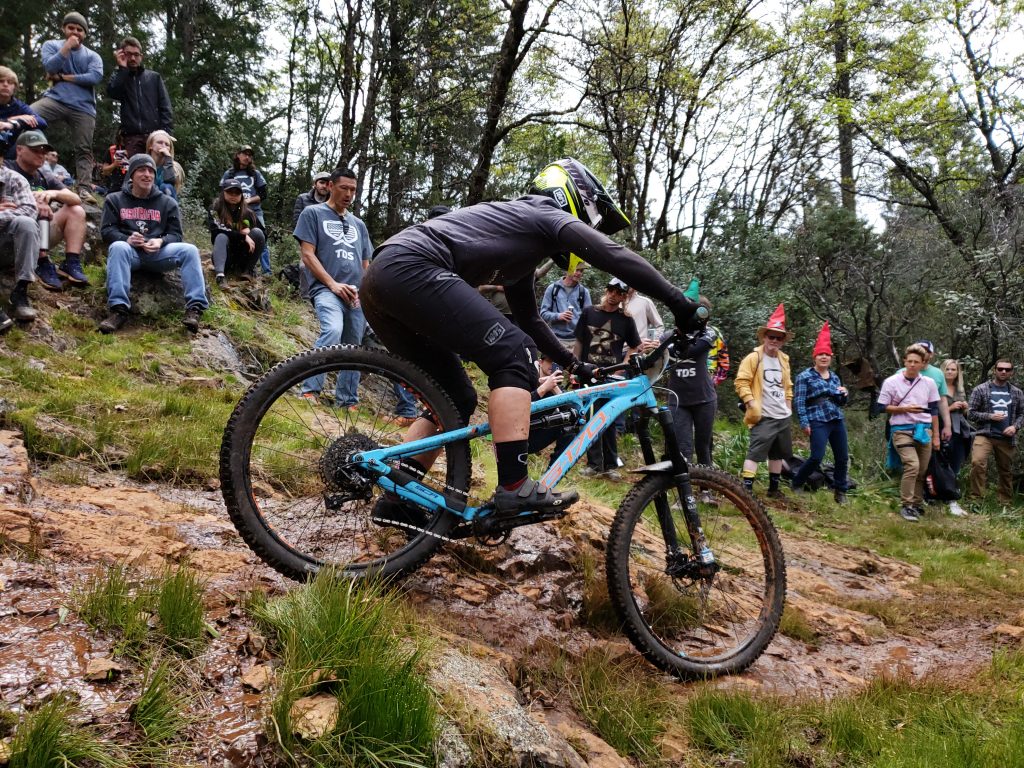 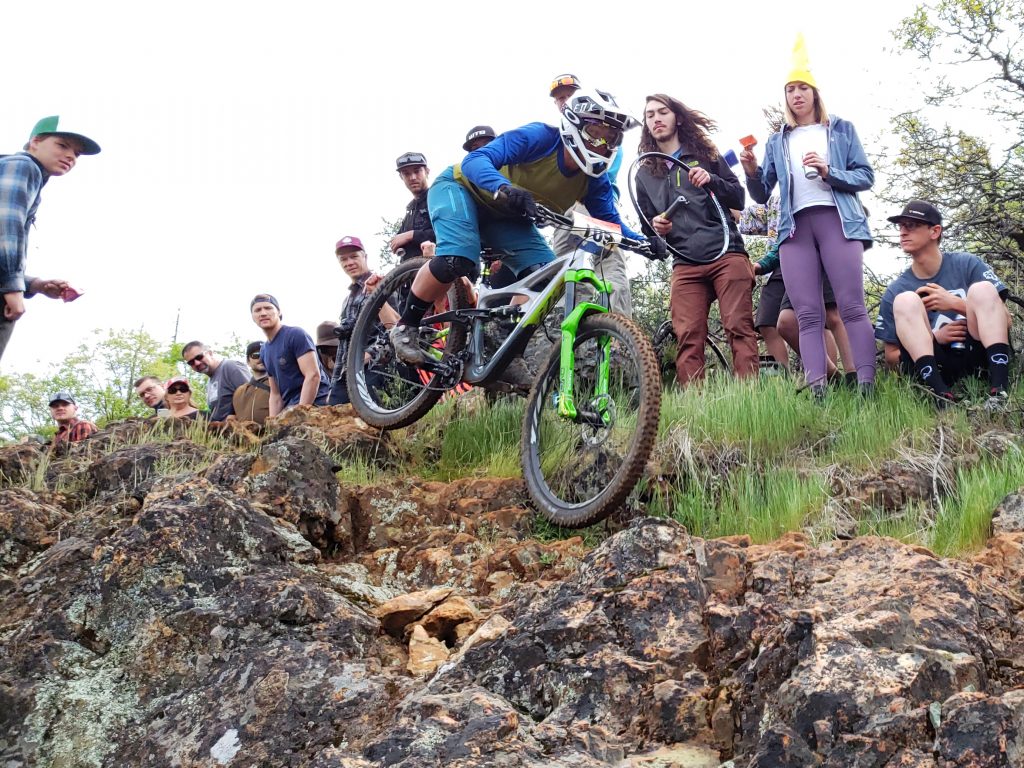 The weather cooperated, the shredding was had and the race ended with Martha Gill of Marin Bikes taking the win, Amy Morrison of Fuji Bikes 2nd place, Janea Perry with Whyte Bikes 3rd place and Essence Florie of Ibis Cycles in 4th.  Martha also took the award for top speed of a clocked section coming in at 37mph. 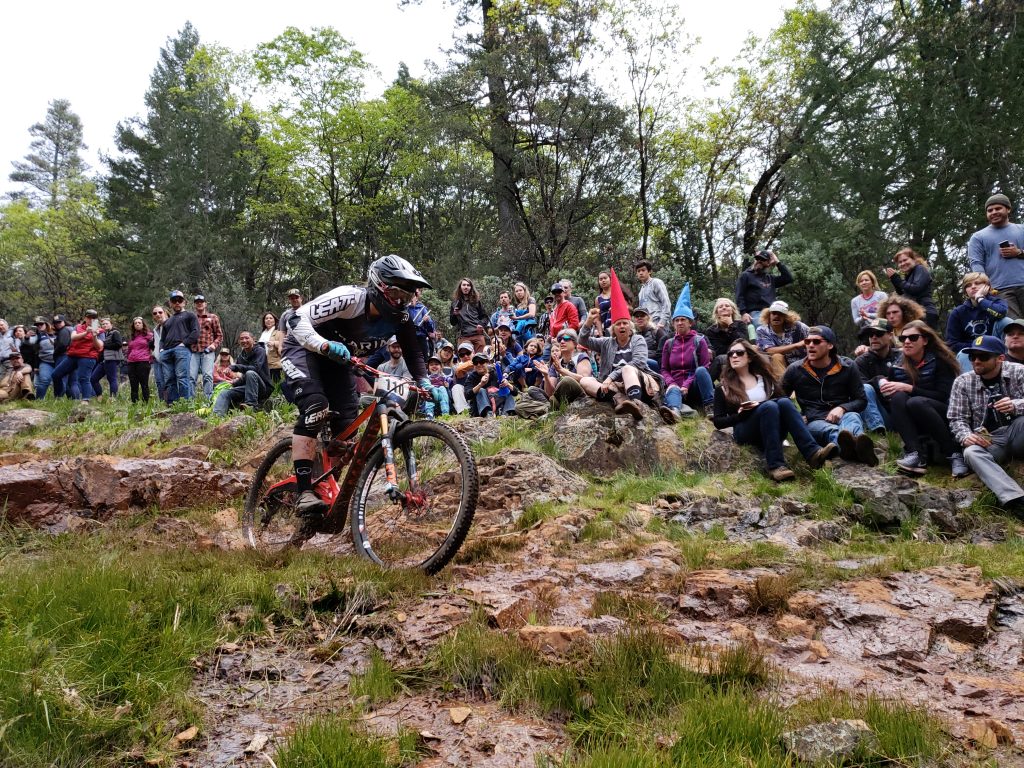 A Hells Yeah to our TDS heros! 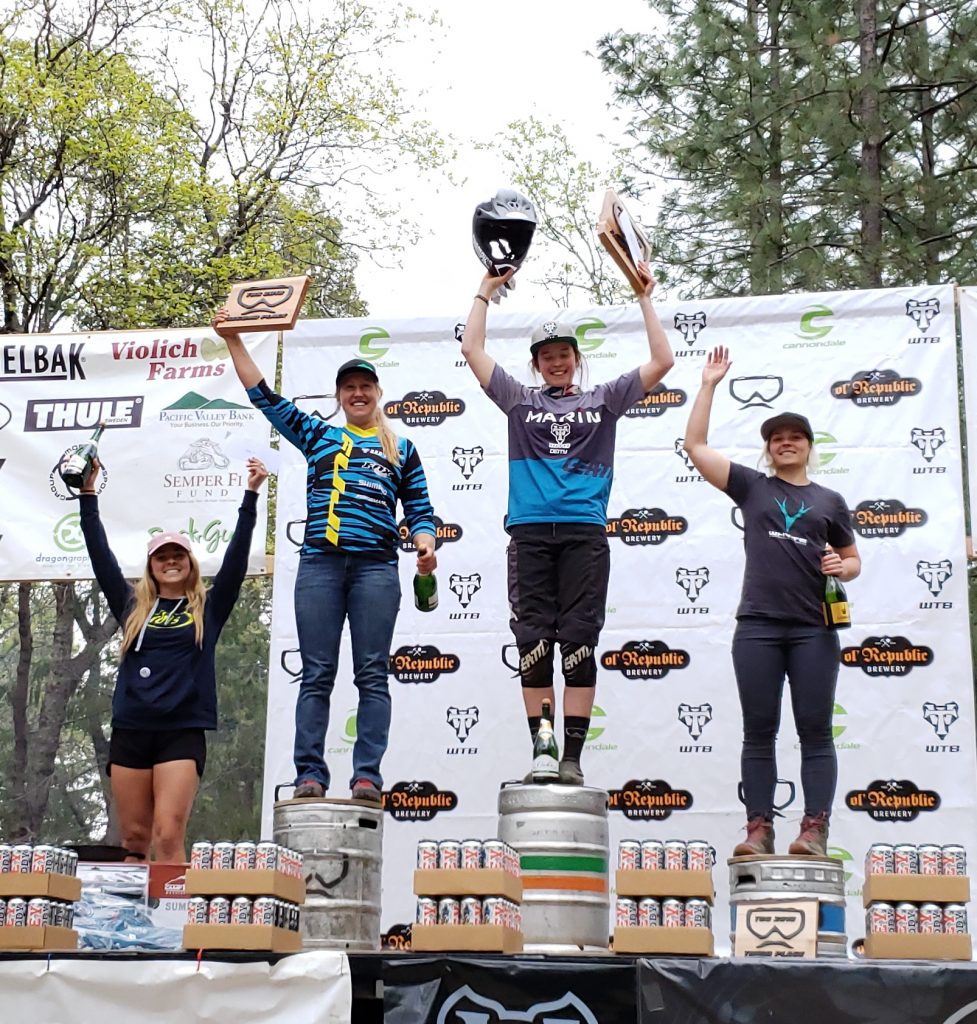